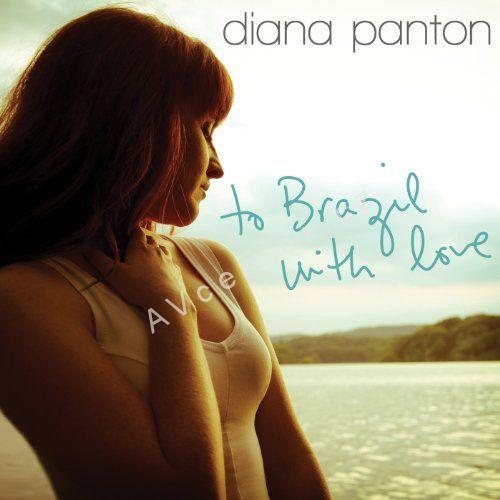 TITLE: To Brazil With Love

Diana Panton was discovered by the Canadian multi-instrumentalist Don Thompson at the tender age of 19. He recommended her for a workshop at the Banff Center for The Arts where she studied singing under the tutorship of Norma Winstone, Sheila Jordan and Jay Clayton. Before her first album, she completed her master’s degree in French literature. During her appearances in clubs and at festivals – in Europe and on the American continent – she conjures up “tiny masterpieces created before your very ears” in the words of author Hugh Fraser.

Diana Panton sprinkles charming details over her velvety jazz, that lift it into another realm. She has already been nominated three times for the Juno Award (the Canadian counterpart to the Grammy Awards) and has received high praise from colleagues like the American jazz diva Sheila Jordan: “Diana’s voice sounds like the sweetest bird you'll ever hear.”

On her album “To Brazil With Love”, Diana Panton pays stylish tribute to the musical traditions of Brazil – the Samba and Bossa Nova. In addition to classics of the genre, she also takes a look at those musical offshoots that have influenced British pop, French chansons and jazz. Diana Panton interprets these evergreens in a way that is smooth and sensitive but never sentimental. She sings in English and French and creates a superb balance between charming French coquetry, Brazilian lightness and British understatement.